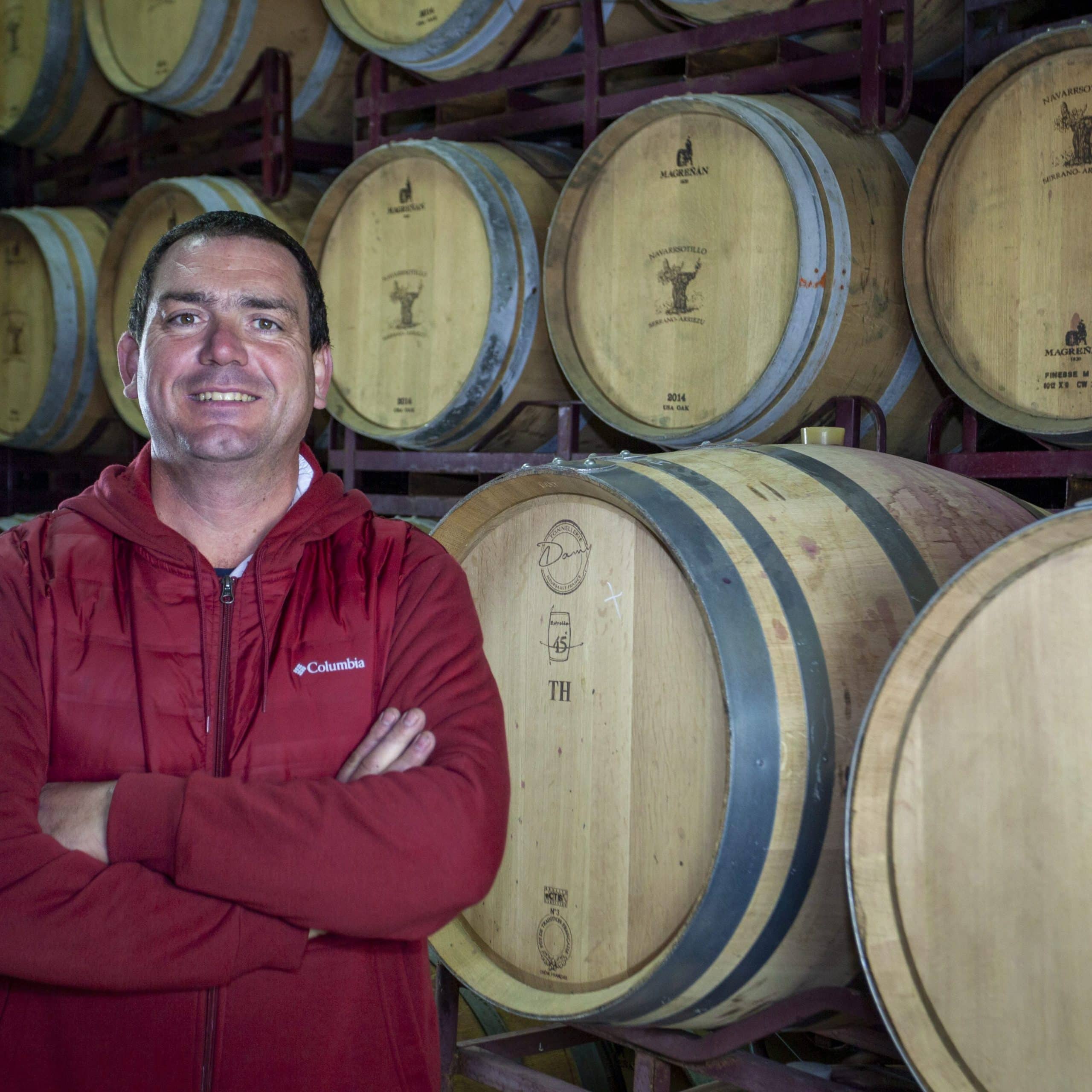 Welcome back to our ‘demystifying the label’ series, a crash course in understanding what those sometimes confusing labels really say about the wine. (And don’t worry, if you want to keep picking bottles based on the labels you like best, there’s no judgement here!)

If you missed part 1 about our Malbec Rosé, you can find it here. This month, we’re having a look at one of our customer favourites, our organic Rioja. Ree-oh-ha; arguably Spain’s most famous red!

Spain has a history of wine making that stretches back as far as 4,000BC, but Spanish wine wasn’t always held in the highest esteem by wine snobs. It took pioneers and investment in new winery kit and irrigation methods in the 60’s, 70’s and 80s before the quality of Spanish wine was really taken seriously. Today absolutely no-one will scoff at you for choosing a bottle of Rioja or Albarino from a restaurant menu. Spain has become a serious player in the wine world.

That’s right, Rioja refers to a region, rather than a grape. Rioja is in north-central Spain, and is one of Spain’s largest and most famous wine-producing areas, known for wines of outstanding quality. Rioja’s particularly known for its red wines, but there are also white and rosé Riojas. This is down to the grape and method of production.

Rioja itself is made up of three main wine-producing regions, with their own distinct climates and soils. Alta, Alavesa and Oriental (which used to be called Baja). Our Terra Organica Rioja is produced in Rioja Oriental, which is the Eastern region of Rioja, southeast of Logrono. Vineyards here are lower altitude than in Rioja Alta and Alavesa, soils are silt and alluvial (deposited by surface water – so very fertile) and the climate is hotter and drier – perfect conditions for a long ripening season for organic grapes.

The grapes: Tempranillo and Garnacha

Red Rioja wines tend to use a blend of Tempranillo and Garnacha (Grenache) grapes, although others do sometimes feature. Tempranillo gives the wine structure and aroma, but can be a bit austere on its own, so the Garnacha adds a ripe, generous fruitness to balance the wine.

White Riojas often feature the Viura grape and are a different beast entirely. Rosé Riojas do exist, and they also tend to use Tempranillo; the colour comes down to how the wine is produced. Check our part 1 of this series for more information on that.

Like almost all Rioja, our classic Rioja is a blend of Garnacha and Tempranillo. Lindsay, our co-founder and wone expert personally works with the winemakers on the blend each year. She says “I love the warm, generous character of the Garnacha which is made from old vines. It oozes super ripe strawberries and blackberries and has a hint of pepper. It is higher in alcohol than its partner and isn’t very subtle. The Tempranillo brings elegance, finesse and aroma, as well as a backbone of structure and a fresh raspberry acidity. These two make perfect partners!”

Red Riojas are traditionally aged in oak barrels before they’re bottled, giving them  distinctive fruity, vanilla flavour that’s characteristic of the region. You can generally expect smooth, medium-bodied wines, with berry notes and earthy flavours. Our Rioja is a young / joven wine with just a short period of ageing in barrels, so there’s just a hint of vanilla with the juicy blackberry and cherry flavours. Crianza wines are oakier and Reserva and Gran Reserva wines which are aged for much longer in barrels, become mellow with baked fruit flavours and smoky notes. Rioja wines are famously food-friendly; the classic combo is lamb & Rioja, but you can pair with rich meat dishes, cheeses, smoked paprika, roasted peppers and hearty tomato-based dishes. You can even pair with seafood paella. So if you’re not sure what you’re going to be eating, Rioja is one of the easy crowd pleasers when it comes to food pairings!

Like a number of other European countries, Spain has a system for protecting regional and traditional food and wine making processes. This is a guarantee to you, the buyer, that the wine really is what it says it is. (Along the lines of the good old Cornish pasty!) Keep a look out for the Donominacion de Origen Protegida certification, or DOP for short.

Our Rioja is designated Denominacion de Origen Calificada or DOCa, a subdivision of the DOP system and the highest and best classification in Spanish wine law. Only the Rioja and Priorat regions are allowed to designate wines DOCa, and it’s well worth looking out for when choosing a Spanish wine.

So you’ve identified the region, the grapes and the certification. Now what about the winemaker? That’s the final piece of the puzzle and can usually be identified by a family name or the word “Bodegas”, which indicates the winery of that particular bottle.

Our Rioja is produced on the Bodegas Navarrsotillo estate. The winemakers are brothers, Ramon Serrano and Patxi Moriane, and are something of pioneers in organic wine production in the region, making wines of wonderful quality. Lindsay personally works with Ramon and Patxi on the blend each year.

Ramon and Patxi live and breathe winemaking and firmly believe that organic methods and biodiversity produce better quality grapes. Throughout the winter, the land is not worked to encourage the growth of natural vegetation that supports the vineyard’s ecosystem. We’ll be covering more of our great organic wines in the coming months, but in the meantime, you can order the whole range, including our popular Rioja here.