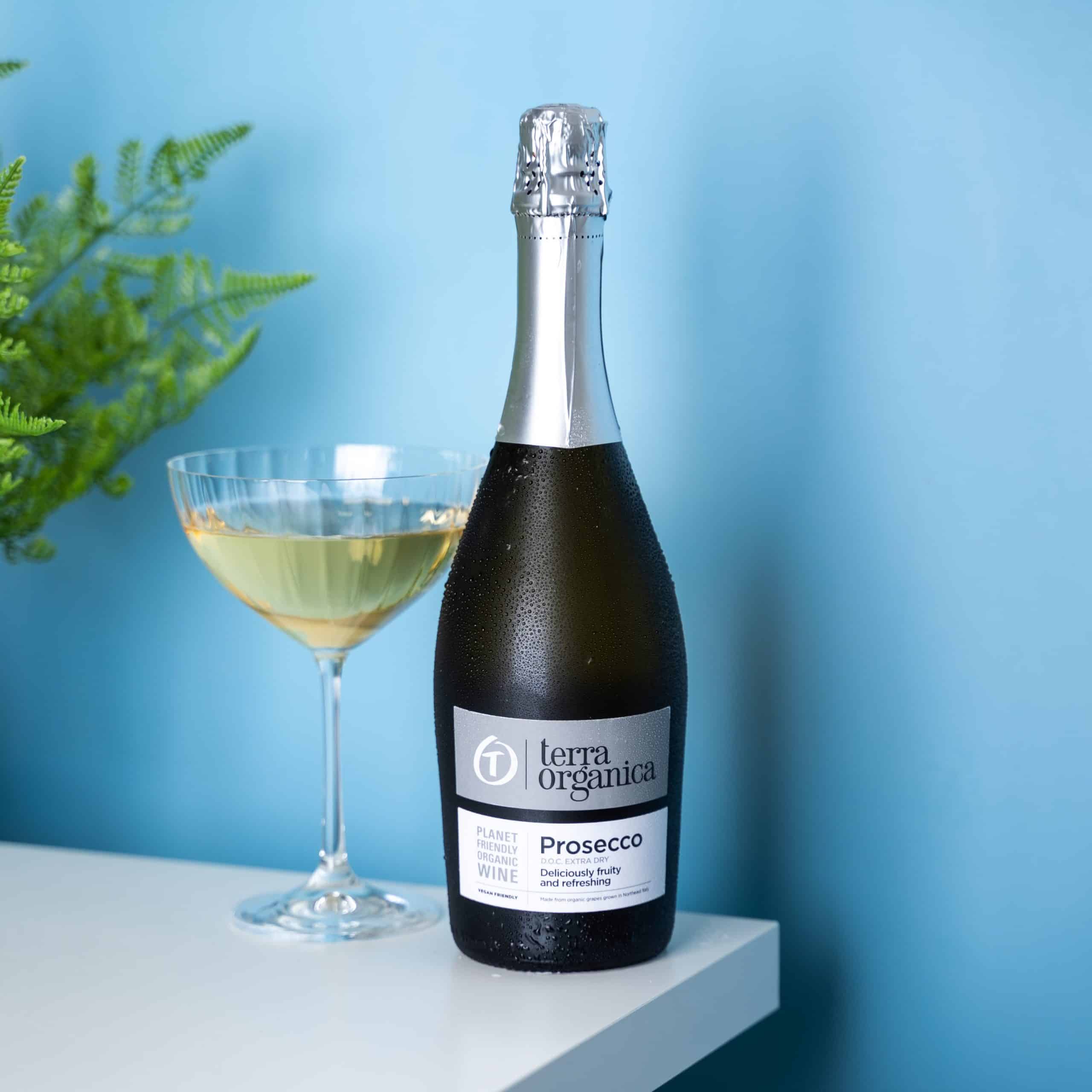 Welcome back to our demystifying wine labels series, a crash course in understanding what makes wine tick, and what those labels are really all about.

You can read about the Malbec Rosé here and our Rioja here. This month, as we’re set to enjoy two bank holidays and the Queen’s Platinum Jubilee, we’re taking a look at Prosecco, everyone’s favourite celebratory fizz!

The first thing to note is that, historically, Prosecco has been both a grape and a wine. The grape is of Slovenian origin. Italy and Slovenia share 200+km of border, in a lush, hilly region where viticulture has existed since Roman times.

Sometime around the 16th century, a fruity, green-skinned grape made its way to the Italian village of Prosecco, on the outskirts of Trieste near the Slovenian border. That’s how it earned its name. In 2009, the EU officially re-named the Prosecco grape Glera.

Prosecco wine, in contract, is produced in the Veneto and Friuli-Venezia-Giulia regions of Italy, using at least 85% Prosecco (now Glera) grapes, blended with other varietals such as Chardonnay or Pinot Noir. It can be spumante, frizzante or tranquilo (sparkling, semi-sparkling or still).

In response to emerging New World competition, especially in Australia, Italian Prosecco winemakers sought regional DOC / DOCG recognition and protection; a bit like the now protected status of the Cornish pasty! The EU found in favour of this and today wine can only be called Prosecco if it is produced in Veneto or Friuli-Venezia-Giulia. Re-naming the grape ‘Glera’ was a way to prevent winemakers from other regions putting Prosecco on their labels in any capacity. Glera grown elsewhere and made into sparkling wine is no longer considered Prosecco.

Prosecco is known for being high acidity and low sugar, with a medium to light body. Depending on how they’re grown, Glera grapes can range in taste from quite neutral-tasting, to very fruity and aromatic. The best Proseccos are made from grapes grown on extremely steep hillsides in stony soil. The sweetness levels are denominated from least to most sweet by Brut, Extra Dry, Dry and Demi-Sec.

Prosecco is usually carbonated via a second fermentation in a tank, using what’s known as the Charmat method (unlike Champagne, which is fermented in-bottle, hence the higher price tag). However, some very premium winemakers might opt for an in-bottle method.

A family-run winery founded in 1928 is where our Terra Organica Prosecco and Prosecco Rosé are produced. The winery stays true to organic growing methods and uses renewable energy. The winemaker, Massimo began working in the Veneto region 20 years ago as a young graduate. His passion for organic wine has grown over the years, as has his mission to make truly delicious, authentic Prosecco. Massimo has carefully selected the best grapes for our light and dry sparkling Prosecco. Think fresh, lemony aromas and lots of crispy apple and juicy pear flavours. Likewise with our Prosecco Rosé, a deliciously fruity sparkling wine with flavours of red berries.

As you probably know, we don’t like to be too prescriptive about wine pairings as we think it boxes people in when they should be exploring their own favourite ways to enjoy wine. That said, our Founder Lindsay loves a bottle served ice-cold with delicately flavoured dishes like risotto. Buon appetito!